Or what does Positive Psychology have to do with courage?
By Gabriele Sauberer & Michael Kurz

What the world needs today are courageous people who are committed and willing to take responsibility in a world facing great challenges, unknowns and changes. Courage is a virtue admired in all cultures and eras, but what is courage and what is not?

Courage is a term often used synonymously with bravery and just as often misunderstood. Psychologists and philosophers largely agree that courage involves perseverance in the face of danger and challenge. Courage always involves the risk of failure or even a slim chance of success. There are moments of courage everywhere. Courage is also optimism and the decision to act.

Without fear there is no courage
Michael, can you recall a specific situation in which you demonstrated courage?

I had a personal experience with courage not too long ago, a trial by fire.

To do that, I first have to go back in time. When I was a kid, I once burned myself on an iron. They can get up to 200 degrees hot. I was curious but warned never to touch my moms iron. So I didn’t touch, but went clever as I was, with my face really close towards the iron. Guess what, it was still hot and I burned my face. Since then I learned for life, namely that not to play with fire.

With that in mind, why should I, or anyone else who is still sane, voluntarily walk over glowing coals? Nevertheless, on 12/12/2020 I walked barefoot over an ember bed of charcoal pieces that was about 700 degrees. My first firewalk was a great feeling. The experience of overcoming fear and doing something seemingly impossible. Why I only got a small burn blister in the process and didn’t completely scorch my feet has a lot to do with mental preparation and positive psychology. After I made the decision, I never doubted. My concentration was not on the fear of the embers, not on my feet or the steps. No, I directed all my attention and energy to an inner desire, a higher purpose. I was walking for something. Something that is personally very important to me in life. In doing so, I was firmly convinced that if I can walk on fire, then I can achieve this goal in life. Courage is the belief in oneself.
>> Friendly advise: Never ever do that without the guidance of professionals, it is dangerous. <<

Without courage no change
Gabriele, you have already achieved a lot professionally, why did you now decide to start a platform for Positive Psychology?

Because it is time to network and make visible the many thousands of people who have already done training and further education in Positive Psychology. Here in German-speaking countries, in North America and worldwide.  They all bring courage, optimism and positive change to their families and spheres of influence – from education, healthcare and coaching to business, leadership and media.

It is precisely this courage that we need right now: to look optimistically into the future, to think and act positively. After all, complaining and nagging is much easier, it requires no action, is passive and comfortable. To believe in the good and to create a positive future requires a lot of courage and energy: optimists are often ridiculed or even attacked, and they achieve their positive goals only with a lot of perseverance. Building something is complex and takes a long time. Destroying something is simple and quick.

The Positive Psychology Platform also aims to change many prejudices and misunderstandings that exist about the topics of Positive Psychology – happiness, optimism, flourishing, success, etc. – and to help people to understand them. We also want to show that individual happiness is not opposed to the well-being of communities, but on the contrary makes it possible: the more courageously individuals take their happiness into their own hands and take responsibility for their lives, the more they carry this attitude into their families and social lives. They take responsibility for a positive future for all people and the entire planet. We are experiencing this right now with the courageous commitment of young people to climate protection. They are not deterred, they use the energy of their anger for positive goals and show the world that we can all do something for a good, shared future.

Courage is a strength of character

In Positive Psychology, courage is a character strength that is defined exclusively in positive terms. So there is no such thing as “too much” or “too little” courage, but only courage in the sense of: I act on my convictions and face threats, challenges, difficulties and pain, despite my doubts and fears.

There are three types of courage, and we can possess one of them or a combination of them:

3. moral courage (e.g., standing up for what is right, even if it is an opinion unfavorable to a group)

For positive psychologist Robert Biswas-Diener, courage is the shortest path to a good life. He believes that courage is even synonymous with that good life. Fears, he says, are perfectly normal and also reasonable, but they keep us from activities that make life richer and more rewarding. People who live intense, committed lives are also more courageous because they are willing to keep trying new things and step out of their comfort zones. Source: Robert Biswas-Diener, The Courage Quotient: How Science Can Make You Braver, 2012.

Courage is contagious and grows through courage

Nelson Mandela once said, no one is born courageous. With each challenge passed, one’s belief in oneself grows, as does one’s willingness to face new and greater opposition. Courage exists on a large scale as well as on a small scale. Courage proves itself not only in civil courage, but also in everyday things. “Nothing is more difficult and nothing requires more character than to be in open opposition to one’s times and to say loudly, No!” (Kurt Tucholsky).

This is also what opponents of vaccination do, and we also assume that they have good intentions. In our society, courageous people are those who are vulnerable, admit mistakes and ask for help. Because courage also means taking responsibility for our thoughts, feelings and actions – also for our mistakes and failures. Running away is easier than getting back up, moving on, starting over and sticking with it.

In our personal environment, we repeatedly encounter people, whether young or old, who are discouraged, lacking in courage and drive. However, we are not victims, but creators of our various life situations. With courage and self-confidence we can change conditions, overcome obstacles and bring about positive change.

Encouragement is a key to this. Encouragement is an attitude towards other people and towards oneself. Alfred Adler (1870 – 1936), the founder of individual psychology, recognized and researched the importance of encouragement in developing a person’s growth potential early on. Based on many observations in the treatment of adults, children and adolescents, Adler came to the conclusion that behind many disturbing behaviors and psychological problems ultimately lies a lack of courage (= discouragement).

Encouragement means more than praise, but appreciation and confidence in the other person, the stimulation and support to master a task or to take a next step in development. It aims at developing more self-confidence and facing challenges with hope and confidence.

Courage is a skill and strength that is nurtured by confidence and hope, the prospect of improving a condition, and restrained by the fear of negative consequences that paralyzes us. Martin Seligman, who founded Positive Psychology more than 20 years ago, does not distinguish between hope and optimism. Courage and optimism belong inseparably together.

Courage grows out of a belief in our abilities. Aristotle believed that an individual develops courage through courageous actions. The view is consistent with the concept of self-efficacy, according to which people feel emboldened by successfully passing tests of courage to do more.

Positive psychology supports individuals in discovering and developing their personal strengths, hidden abilities, and resources in order to live fuller, more successful lives. It takes courage to be happy. 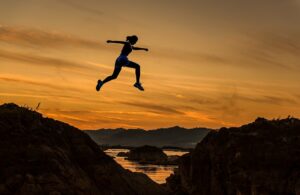 PATRON4change is a crowdfunding platform from Vienna. Here you can support change makers and their initiatives that promote the common good. 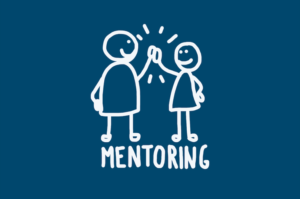 Insights on the origin and role of mentorship. As well as experiences how to benefit the most and its relationship with Positive Psychology. 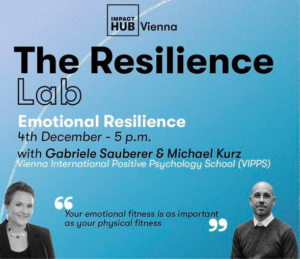 How to build and cultivate emotional resilience? This article documents our talk at the Resilience Lab for the Impact Hub Vienna 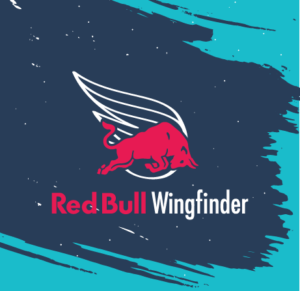 Red Bull Wingfinder is a personality assessment that focuses on your strengths, the things that you’re naturally inclined to be good at, and gives you the tools and coaching to be even better

We’re giving you early access to our new marketplace.